I'm feeling rather proud of myself right now. After over a year of silence, I finally submitted a story today. My novella "Aphrodite Dreaming" has taken me a very long time to write (many, many years in fact) but today I got it to the point where I thought, "Yeah, that seems about right." One final edit saw me attaching it to the email and off it went, out of my hands and into the world of cyber-space.

Then, awash in that glow that comes from finalising a creative piece, I line-edited a poem that I wrote 5 weeks ago before asking my beloved for a Lee-edit. As usual there was a LOT of crossing out, reworking and comments, but Lee was 100% right in the changes and I applied them all. And so - ta-da:

I was able to kick over this little goal.

9. Write a poem and submit it.

The poem is called "Last Rights" and talks about the last few hours I spent time-travelling with my mum before she died. My only hope is that it's not too emo-teen angsty.

Which brings me to my final achievement: I worked up a new Submission Tracker for 2014. Believe it or not, the last one I filled in was in 2011. I'm not sure if that's due to sloppy record keeping, a lack of subs (no, I know it's not that) or a different Tracker file lying dormant in an obsolete computer. I'd like to think it's the last one, but sort of feel it might be the first.

Anyway, onwards and upwards. Here's to a new year of writing.

Posted by battblush at 4:30 PM No comments:

It was a bit of a stressful week, here in the Batthouse. Last Saturday, Aiden invited all his friends and family around to a bar-be-que to celebrate his 21st/housewarming. I went along for two reasons, 1) I was there for the housewarming and Lee had given Aiden a present the previous week ON his actual 21st and 2) my daughter was bringing her brand new baby for the family to admire.

Including those I hadn't seen since leaving my ex-husband 11 years ago.

Yeah, I was rather stressed. Once upon a time I had been close to my former sister-in-law. We'd really liked each other and had gotten along well during the 14 years of my relationship with her brother. My former brother-in-law and I weren't so close and I hadn't formed a close attachment with his wife. But, still, once we'd been family and now we weren't and I was worried about how that would translate.

And then, of course, there was my ex-husband. I had loved this man once. Loved him enough to have children and build a life with him. But, things change as things always change and I left him.

Did I mention stressful?

But, surprisingly, it was also pleasant. I actually quite enjoyed chatting with my former sister-in-law (she really is lovely) as well as with my ex's current wife. Okay, there's no chance of us being besties, by any means, but she was still polite and so was I and it wasn't as shambolic as I expect it to be.

But, I was totally glad when it was over. So, this week, I was pleased to be able to complete two goals, just so I could remind myself of the life I have now, rather than the life I left behind.

10. Complete a course in something unusual.

Well, I can't lay any claims to now being an expert or anything, but this week I completed a six-week course in an Introduction to Forensics. I studied an actual true recreation of a murder committed in Scotland, and as a result learned about Fingermarks/prints, DNA, Tyre tread, shoe marks, witness accounts and a whole lot more. No, I'm not the next Bones, but I feel I can go into writing crime with a little more knowledge of the process.

(I'm sure my instructors were a little perturbed by the number of times I stated "What an idiot. He should have lied. If he'd done this instead, there's a chance he'd have gotten away with it.")

Next up, Life in the Time of King Richard III. Can't wait.

Actually, belay that. Next up, back to uni. Hopefully.

23. Have a professional massage.

I am a qualified massage therapist. Two years ago, however, I swore off giving massages for life and sold my table. What a mistake! 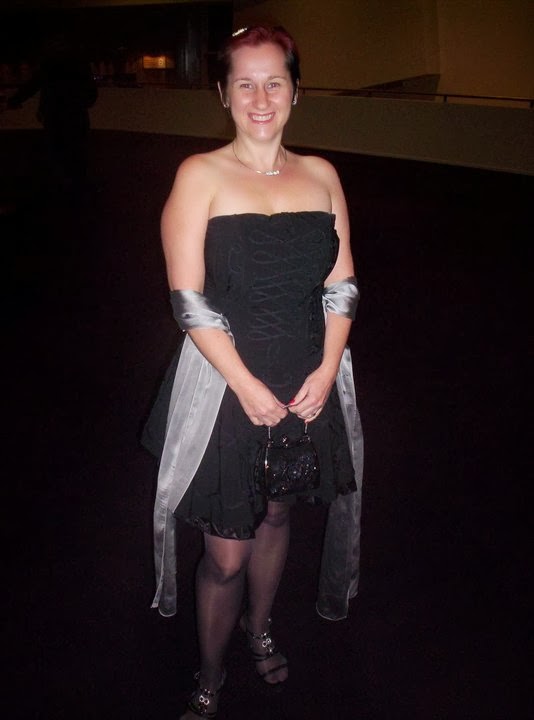 At my Massage Therapist graduation


Today I had a massage with a professional beautician. The best thing I can say about it was that she 'rubbed with style'. As a therapist I know some of the best moves to help release tension, knots and pain. This woman did not. There was no kneading, no form of percussion (ie chopping and cupping, my favourite) no warm up, and only minimum warm down. She had her main moves (rubbing and knuckling) but didn't really do anything with them to help the tension in my shoulders, despite my request to do so. She mainly concentrated on my lumbar and left it feeling sore rather than better. Now, if there's anything I learned as a therapist, it's 'don't hurt, help.' You don't need to be hard or heavy with your strokes. A gentle touch can be more beneficial for pain than digging in, but you have to know how to control what you're doing. She didn't.

I really, really wish I hadn't sold my table.

(On the other hand, she did a great job of waxing my eyebrows.)

So, there you go. Another week sees two goals ticked off. I'm actually quite enjoying this.


Posted by battblush at 6:25 PM No comments: